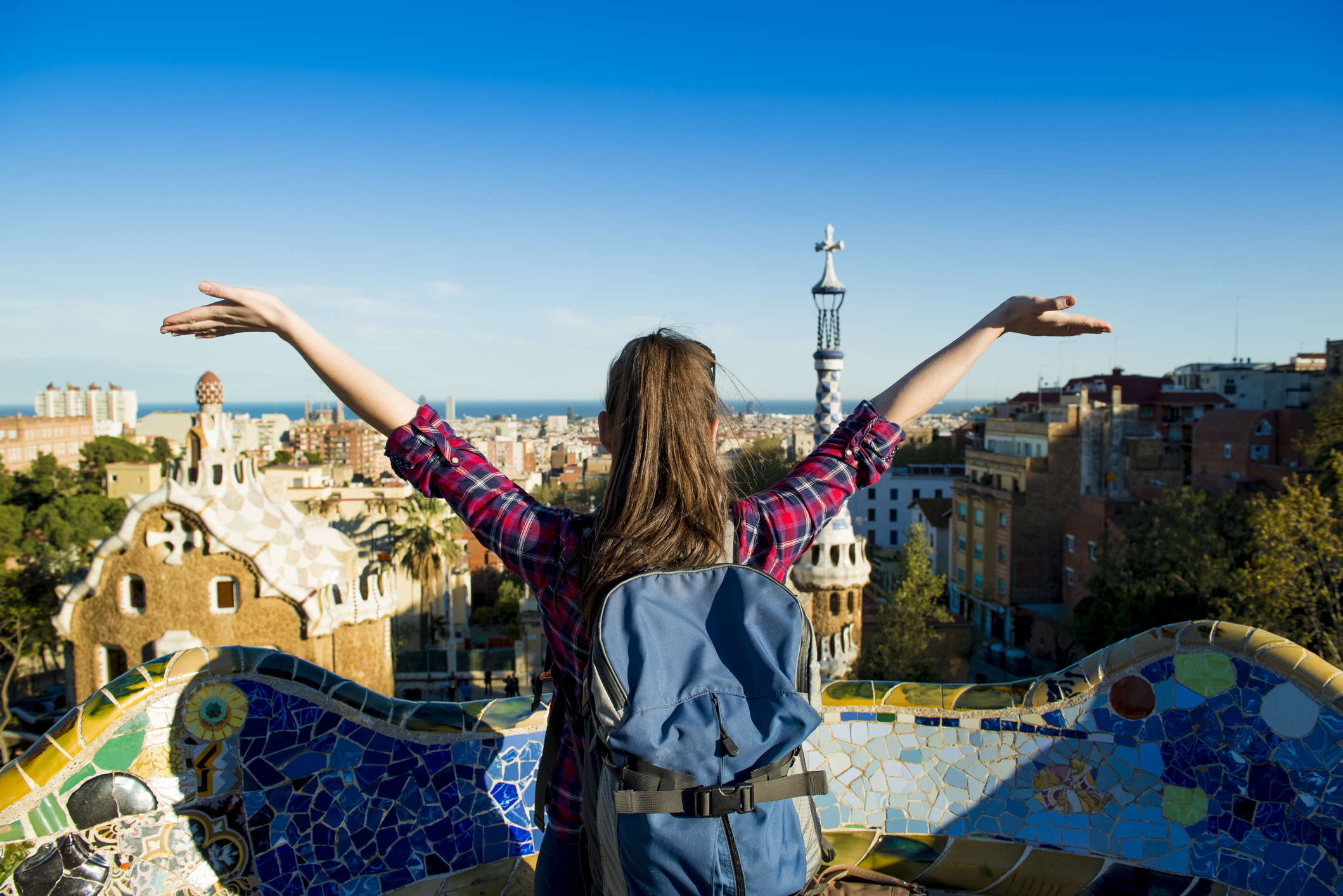 Spanish culture and society are a reflection of Spain’s unique position at the crossroads of Europe, Africa and the Mediterranean and the many peoples who have occupied Spain throughout its history.

Europe’s third-largest country, Spain has a turbulent past marked by imperialism, civil war and fascism. Since the death of General Francisco Franco in 1975, the country has experienced rapid and remarkable cultural, political and social changes. Spain is a member of the European Union, the Organisation for Economic Co-operation and Development, and the World Trade Organization, as well as many other international bodies and Ibero-American organizations such as the Organización de Estados Iberoamericanos (OEI or Ibero-American States Organization).

The country is composed of 17 autonomous regions (administratively called comunidades autónomas or autonomous communities), including Andalusia, Catalonia, Galicia, the Basque Country (Euskal Herria), and the Canary and Balearic Islands, as well as two autonomous cities (Ceuta and Melilla) and small islands off the coast of Morocco collectively known as Places of Sovereignty. Spanish regions have their own cultures and some have their own official languages as well, including Catalan, Galician, Basque and Valencian. Spaniards identify strongly with their home region and even with their specific province of origin. Foreign visitors should be sensitive to this and demonstrate respect for the different cultures.

Although predominantly conservative, Spanish society has always shown radical contrasts. While in many ways it remains a traditional society, particularly regarding religion, minorities, and the status of women, in other areas the country has led progressive changes over recent decades. For example, it was one of the first countries to legalize same-sex marriages in 2005 and is considered one of the most LGBTQ-friendly (Lesbian-Gay-Bisexual-Transgender-Queer/Questioning) countries in the world today.

Personal character and integrity are highly valued traits, as is modesty. The family, both nuclear and extended, is the central social unit in Spain. Like many collectivist cultures, Spanish society deeply values group affiliation – to a family, an organization, or a community. However, this does not extend to ideas of greater social responsibility; Spaniards can also exhibit a fierce individualism and are distrustful of the government and authority.

Spaniards hold formal education in high regard, and they may openly inquire about your education. At the same time, do not boast of your education; many Spaniards believe those who attended a quality school did so through nepotism.

The importance of Christian traditions in Spanish culture is visible in most aspects of daily life, from street names to local celebrations, city monuments, or the fact that most shops are generally closed on Sundays (only during the Christmas shopping season do shops tend to stay open the entire weekend).

In restaurants and supermarkets in some provincial towns and small cities of Spain, it is not easy to find suitable Kosher or Halal food or dishes without pork inside (serrano ham, also known as jamón ibérico, is considered a national culinary treasure).

Unlike other Christian countries, it is important to know that in Spain, it is not on December 25th (Christmas Day) when children receive presents from Santa Claus or family members exchange gifts. Instead, it is believed that the Three Kings bring good children their Christmas gifts on the Biblical Day of the Magi (Epiphany, January 6th). In fact, every year on the evening of January 5th, almost all towns and cities in Spain celebrate with spectacular street parades commemorating the arrival of the Three Kings with gifts for the families.

Life in Spain may be best characterized by its unhurried pace. Although often delayed, things eventually get done. Foreign visitors should not get too upset about this and try rather to “go with the flow.” Everything happens later in Spain, from getting to work to eating meals to falling asleep at night.

Spain is considered a fluid time culture, which places more importance on personal relationships than on deadlines, which are considered flexible.

It is common to take a lengthy lunch, from 1:30 or 2 pm until 4:30 or 5 pm, including the typical Spanish sobremesa (table talk or after-lunch conversation). Spanish siestas are an outdated concept and a cultural stereotype.

Spanish cuisine is typically Mediterranean in character, with olive oil, garlic, onions, tomatoes, peppers, and seafood being common ingredients. It also incorporates meat and animal products; vegetarians and vegans may have a difficult time in restaurants.

Typical Spanish dishes include gazpacho (cold tomato soup), tortilla (thick egg omelet made with potatoes and fried in olive oil) and paella (rice dish with vegetables, meat or fish). Spaniards are also fond of bocadillos (long sandwiches generally filled with ham and cheese or other local ingredient combinations) and tapas, small plates of food such as olives, jamón (cured ham), vegetables, meats, cheeses, shellfish, and many other traditional recipes served in small portions.

While tapas used to be considered small bites to go with alcoholic drinks, nowadays they have become a national favorite, and many bars and restaurants offer a wide range of dishes in small portions (tapas) or in larger dishes to share (raciones). In fact, tapear (to have tapas) has become a specific verb and habit in popular cuisine vocabulary.

Fútbol (soccer) is by far the most popular sport in Spain, bordering on a national religion. The season runs from mid-August to the beginning of June. Tennis and Formula One have also become important mass entertainment, thanks to the popularity of Rafa Nadal and Fernando Alonso. Golf is very popular among businessmen, and Spain is host to a number of luxury golf resorts.

Local and regional festivities play an important role in Spanish life, and they represent strong elements of pride and a sense of identity for each community. There are hundreds of different, popular fiestas (same word for holiday and party) all year round and throughout the different parts of Spain, and locals take them very seriously. From the Christmas’ Three Kings parades in every town of the country to the most diverse ferias (fairs and festivals) and popular celebrations, such as the traditional San Fermín bull runs in Pamplona or the Tomatina tomato festival in Buñol, Valencia, Spain’s calendar is full of celebrations and social diversion.

Spanish, a Romance language and descendant of Vulgar Latin, is the mother tongue of 480 million people around the world, according to the latest data by the Instituto Cervantes. It is the official language of Spain and 19 Latin American countries, as well as African Equatorial Guinea. Spanish colonizers brought the language to the New World. Spanish is also one of the official languages of the United Nations.

Although English is the language of international business and can help to secure a job, doing business in Spain requires the ability to speak good Spanish. What is referred to as Spanish is actually Castilian (castellano) and is the official language in most cases, as well as the language most people in Spain are likely to speak or understand. The main exceptions to this rule are the autonomous regions of the Basque Country, Catalonia, and Galicia, where Basque (euskera), Catalan (català, which is spoken by 17% of the population) and Galician (galego), respectively, are also official languages. The Valencian community also has its own official second language (valenciá or Valencian), although some linguists consider it a dialect of Catalan. It wasn’t until 1939 when Francisco Franco forbade all languages except castellano that all Spaniards began to speak it nationwide.

Although the ability of Spaniards to understand and speak English has considerably improved among the younger generation, the vast majority of Spaniards do not speak any foreign languages. The amount of English spoken varies widely depending on the area or city and the audience.

Information on the employment outlook for more countries can be found by logging into your GoinGlobal account, as long as your institution has a GoinGlobal subscription. Check with your career center to see if your school provides access to GoinGlobal.
Tags : Culture Tips , spain