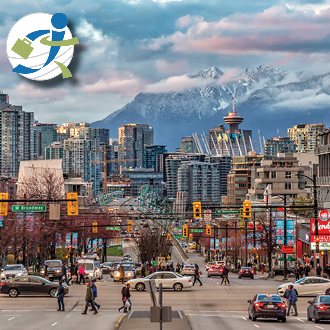 With a population of 2.4 million, Greater Vancouver is Canada’s third-largest metropolitan area. The city of Vancouver is the country’s most densely populated. It is the largest city in the province of British Columbia (BC). Consistently ranked one of the world’s most liveable cities, it aims to become one of the world’s greenest.

As the closest major port to Asia, Vancouver is a hub for Pacific trade. The city has a large Asian community; Punjabi, Cantonese, and Mandarin are its major immigrant languages. The city also has significant Filipino, Latin American, Middle Eastern and Korean communities. A glimpse at a list of the city’s fastest-growing businesses reveals that its economy is as diverse as its population.

Over the past several years, Vancouver has been one of Canada’s strongest economies. The city accounts for 7% of Canada’s population and has added nearly 11% of all new jobs over the past couple of years. Its cooling housing market is expected to dampen its economic expansion over the next several years. After five years of 4% GDP (gross domestic product) growth annually, Vancouver’s economy slowed to 3% last year and is expected to average only around 2.3% for the next several years.

The rate of employment is also expected to slow – to .8% this year, compared to last year’s 1.6%. The unemployment rate in Vancouver is 4.8%, slightly higher than the provincial rate (4.6%), but much lower than the national rate (5.8%). Employment demand in Greater Vancouver is expected to increase by an average of 1.2% every year over the next decade.

Vancouver’s recent economic growth has been driven by its construction, technology, digital entertainment and green sectors.

Largest Sectors by Employment in the Vancouver Region

The Vancouver region is expected to have more than 588,000 job openings over the next decade. A recent labor market survey found that 85% of employers claim skills shortages as one of their greatest challenges.

Skilled Occupations Most In-Demand Through 2028

The average weekly wage climbed by 2.7% over the past year to 978 CAD, but it remains lower than the national average of 1,009 CAD. Salaries grew the most in the retail, accommodation and food services, professional, scientific and technical services and construction sectors, while manufacturing and educational services wages saw steep drops of 2.6% and 3.1% respectively.

The average, after-tax annual income for a census family in Vancouver is 79,421 CAD. The provincial minimum wage is currently 13.85 CAD per hour. The living wage in the greater Vancouver area is 19.50 CAD per hour, according to the Canadian Centre for Policy Alternatives.

The average clean-tech wage is 84,000 CAD per year. VR developers earn an average annual salary of 81,304 CAD, while animators earn around 53,378 CAD, and film and TV producers earn approximately 137,960 CAD per year.