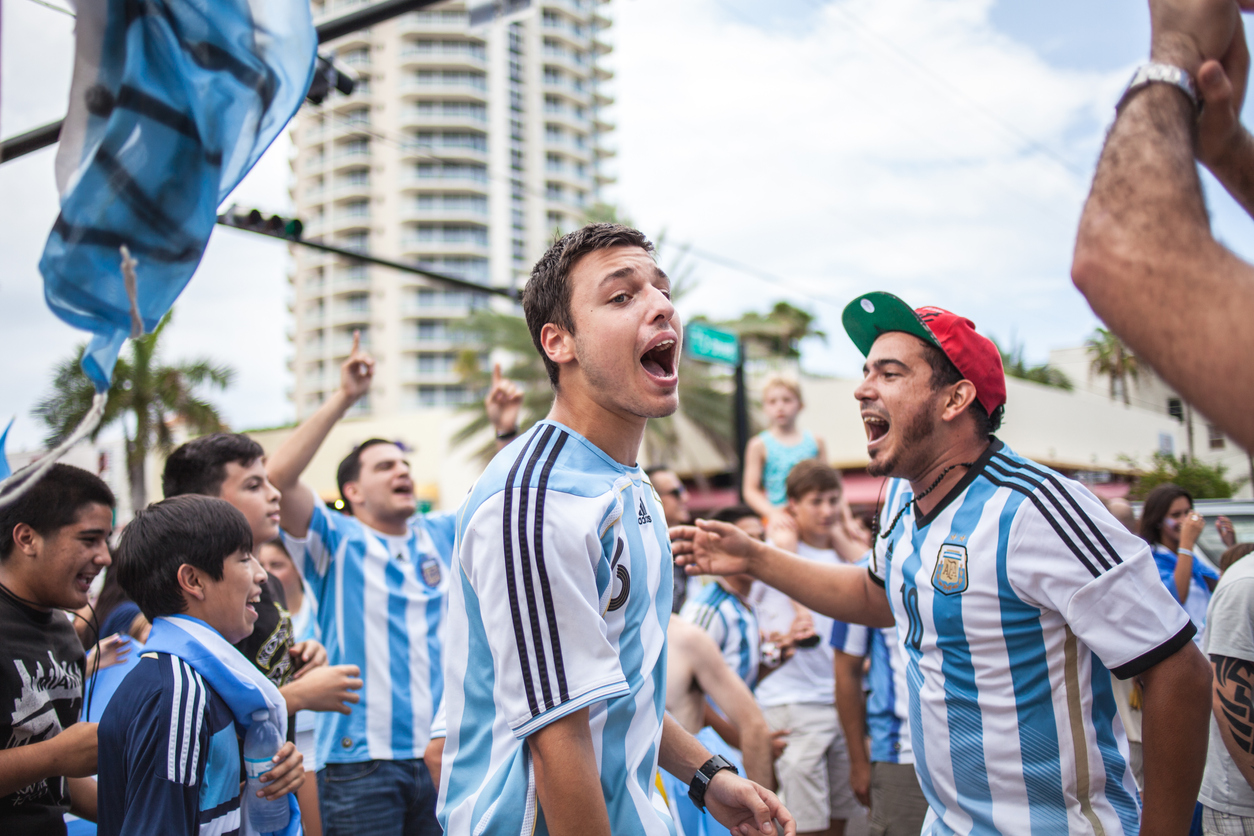 Argentine culture represents a convergence of indigenous and European traditions. The country often is considered and likes to present itself, as the Latin American nation with the most European influence. Indeed, most Argentines — approximately 85% — are of Italian, Spanish, or other European descent, mainly because of massive immigration in the late 19th and early 20th centuries.

There is, however, a significant indigenous presence, particularly in the northern part of the country. There also are more than 200,000 Mapuche Amerindians living a traditional lifestyle in the south. Many Argentines are mestizo/mestiza: of mixed European and indigenous descent. Finally, there is a smaller black population, mainly in the area of Río de la Plata. Argentines tend to be proud of their European background, and indigenous culture often is marginalized or maligned. Locals like to joke they are Italians who speak Spanish, think they are British, and wish they were French.

In general, Argentinians have a zest for life and a love of family that is hard to duplicate. Against the backdrop of economic and political uncertainty that often plagues the country, its people remain hearty, stable, and most welcoming.

Family, both immediate and extended, is the highest priority. It is difficult to overstate the value Argentines place upon personal relationships. They maintain large networks of family, friends, and colleagues upon whom they can call for assistance. Although the national constitution guarantees freedom of religion, most Argentines identify themselves as Roman Catholic.

Argentina is still very much a ‘macho’ culture. Women hold a disproportionately greater number of lower-paying jobs and earn lower salaries than men who hold similar positions. It is not uncommon for men to make flirtatious comments (piropos) to women in the streets This behavior has been often denounced and particularly frowned upon among younger generations.

It is also a very class-conscious society, and this is reflected in its strictly hierarchical business structures. Managers in Argentina are to be respected and obeyed. Most minority groups still struggle to find a representative place in the workforce.

However, the traditional culture of Argentina is evolving in many respects. A recent senate vote against a law that would have legalized abortion caused an abrupt decline in church attendance and initiated intense public discourse on such issues as feminism, the civil code that regulates the adoption system, and the political power the church has over state affairs. The debate is evident in the number of rallies, activities, and signs easily spotted around downtown Buenos Aires and other large cities, such as Cordoba, Santa Fe, or Mendoza. Many of these signs have the slogan ‘Ni Una Menos’ (‘not one less,’ or ‘no woman less’), a rallying cry for the feminist movement. The movement and the opposition are also evidenced by colorful pañuelos (headscarves) worn or attached to personal objects that have come to symbolize support for specific issues. For example, green denotes support for legalizing abortion rights, while light blue is the color of opponents to such laws. Meanwhile, orange shows support for the separation of church and state, and red represents a call for modifying the civil code that regulates the adoption system.

During the COVID-19 pandemic, these issues have taken a step back from the public agenda, as health care and economic issues have generally become the center of debate.

The more foreigners attune themselves to the country’s state of flux, the better able they will be to interact with Argentines in business and social environments.

There is, for example, a subculture in Argentina that is becoming larger and more influential in terms of purchasing power and social influence. This socio-economic group, called ‘young couples without children,’ refers to people who are generally in their 30s and 40s, hold professional positions, and do not have children. Approximately 30% of the metropolitan population consists of people from this classification. Lack of time is the driving force in their lives, and they adopt practices of convenience to help support busy work schedules. However, this devotion to career leaves many with feelings of guilt for paying too little attention to their homes, partners, friends, or families. They try to make up for this lack through social rituals, such as leisurely dinners, gatherings with friends, and outings to the movies.

Some of the growth and influence of this socio-economic group is a result of an increasing influx of foreigners to Argentine cities, including employees relocated by multinational companies; independent couples seeking to have international exposure and travel adventures before having children; students attending graduate or post-graduate courses; and unmarried individuals who have settled in Argentina after finding a local partner. This provides a cosmopolitan atmosphere in Argentina, particularly in Buenos Aires, Mendoza, Rosario, and Cordoba which are especially friendly to foreigners and Western influences.

Argentines are well known both for a conceited attitude and a spontaneous, loving, and affectionate nature. Most Argentines like to ‘live in the now,’ having become accustomed to dealing with social and, especially, economic uncertainty. They like to gather and celebrate, especially with family and friends, and such gatherings almost always won’t be planned more than a few minutes or hours in advance. Friends might call each other ‘hermano’ or ‘hermana’ (brother and sister), symbolizing they are a part of each other’s family. Gatherings and celebrations tend to be loud and marked by opinionated exchanges, as Argentines frequently enjoy friendly arguments on almost any topic.

Weekdays are for work but is also quite common for people to go out with friends or colleagues for events, dinner, and/or after-work drinks. On weekends, Argentines often will gather with family on one day and friends on the other. Holidays are usually spent with family. Main activities during weekends will include either exercise, recreation, or get-togethers at parks, lunch out at a restaurant, or barbecues at someone’s house. Nightclubs are very popular among younger generations, who will also gather in what is called ‘previas’ (previous) to drink and wait until clubs open around 1 or 2 am.

Daily life can be very different between Buenos Aires and provinces or cities in the rest of the country. In ‘el interior,’ a rural environment is dominant, and customs are more traditional. Also, populations are smaller and basic infrastructure can be underdeveloped. Many urban Argentines refer to as the rural lifestyle as ‘de pueblo’ (from the village). These places are usually more relaxed. Young people from the rural areas often migrate to big cities to continue studying at a university level.

Quite simply, Argentines are mad about fútbol (football/soccer). The country has produced some of the world’s finest players and has twice won the World Cup. Boca Juniors and River Plate are the most famous soccer teams in the country, and you shouldn’t be surprised if you are asked which team you support, or if you are pressed to back one or the other. A popular activity on Sundays is to get together to watch a match while sharing an asado (barbecue) with friends and family. Other popular sports include polo, basketball, tennis, hockey, rugby, water sports, hiking, rock climbing/mountaineering, and skiing. The country’s diverse topography allows for this wide variety of activities.

The characteristic music of the city of Buenos Aires is the world-famous Tango. Argentines also are very proud of national rock, especially examples such as Leon Gieco or Charly Garcia, who represent the 1970s resistance rock movement created during and after the military coup. Their music endures as testimony of the violence and censorship under which Argentines lived during the dictatorship, and as a reminder to not allow the country to ever return to such a situation.​

Spanish, a Romance language, is the official language of Argentina. Spanish is called Castellano (Castilian) in Argentina because it refers to the language’s origin in the province of Castilla in Spain. Argentine Spanish has notable differences from the Spanish spoken in the rest of Latin America or Spain. It has a significant Italian influence in intonation, thanks to the country’s huge community of Italian immigrants. Quechua, an aboriginal language, is spoken in the northwest, and Guaraní is used in the northeast. The majority of the population of Argentina speaks Spanish, though many Argentines speak English. Executives generally will speak English, as well as other European languages, including Italian and German.

Tips for Living Like a Local in South America