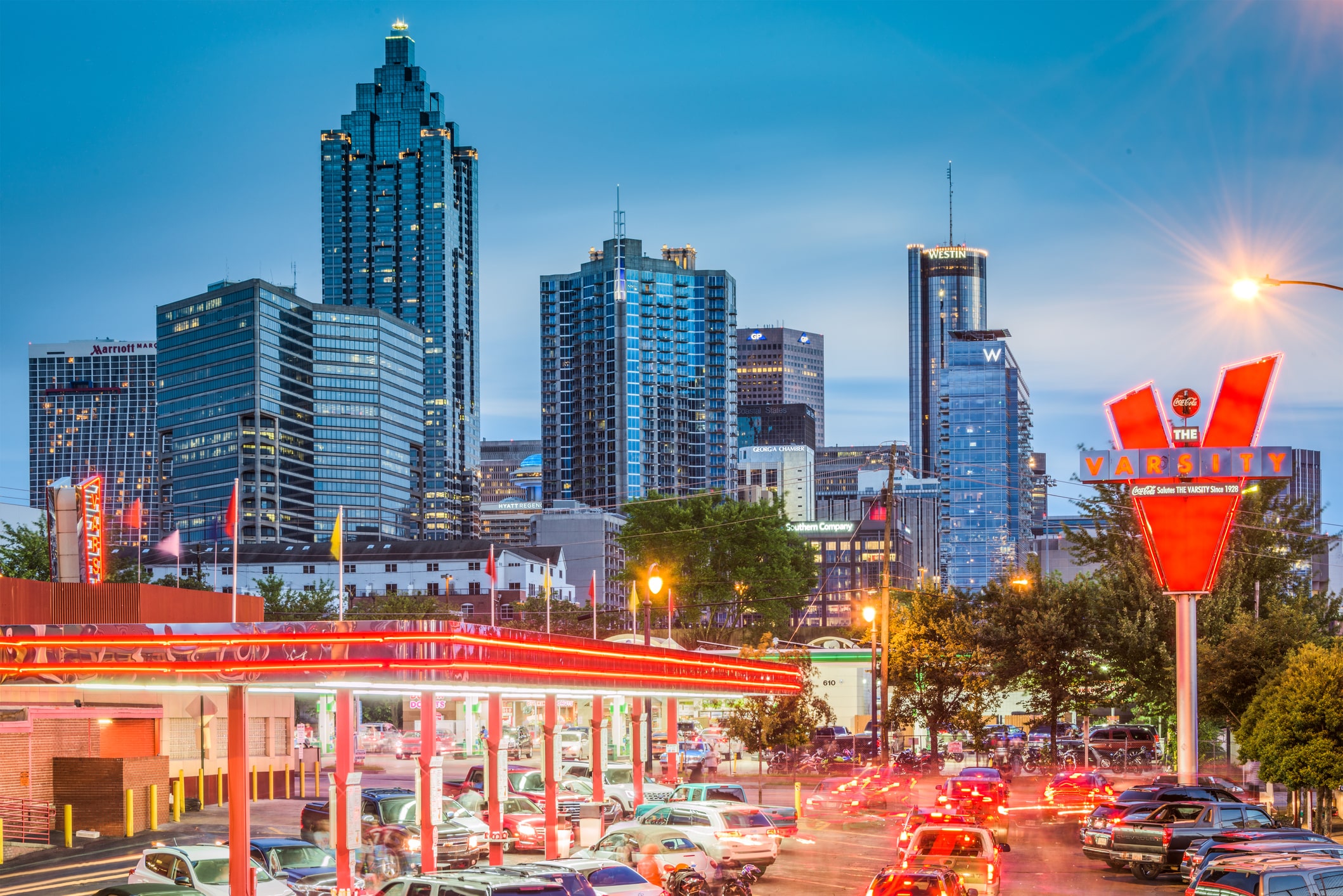 Despite its Southern flair, the city of Atlanta, Georgia, has always been more of a commercial city than an antebellum monument. Its diverse economy, top-notch educational institutions, and young, educated workforce provide an inviting venue for both multinational corporations and entrepreneurial start-ups.

It’s a great time to live and work in Atlanta. WalletHub recently ranked it the third-best city in the US to start a career. It also rates among the best cities to start a business and one of the top cities for millennials based on cost of living, diversity, youthfulness, and crime and safety.

The area continues to grow quickly. Atlanta is the nation’s ninth-largest metropolitan area, and the 10th fastest-growing big city in the US.

The metro region is home to 26 Fortune 1,000 companies – 14 of which are Fortune 500 companies. Atlanta has more Fortune 500 headquarters than any other US city except for Houston and New York.

Fortune 500 Companies with headquarters in Atlanta:

The key to Atlanta’s economy is its diversity. Key industries include:

Unemployment in the metro area stands at 3.7%. Its current unemployment rate is exactly the same as the state of Georgia and national jobless rates.

Overall, Georgia’s economy is expected to grow faster than the nation’s, though the state’s job growth is expected to stay where it was last year, about 1.5%. Economists predict nearly 69,000 new jobs statewide this year, 70% of them in Atlanta.

The city ranked 19th for job growth of the top 100 best-performing metropolitan economies in the US by the Brookings Institute this year.

As the regional center of commerce for the Southeast, Atlanta’s economy has something for everyone. Nearly every major business sector has a footprint in the city, though certain skills are more in demand than others. Jobs in highest demand this year are in technology.

In the short term, the metro area should expect to see an optimistic job market. According to a recent Manpower Employment Outlook Survey:

Salaries in Atlanta have been increasing more rapidly than the national average. Wages grew by 2.2% last year to a median of 54,829 USD annually. Throughout the US, the median wage increased only 1.4% last year.

The highest paying positions in Atlanta are (per average annual wage):

The following are average hourly wages for some selected occupations:

Information on the employment outlook for more countries can be found by logging into your GoinGlobal account, as long as your institution has a GoinGlobal subscription. Check with your career center to see if your school provides access to GoinGlobal.
Tags : Atlanta , Living in USA , USA