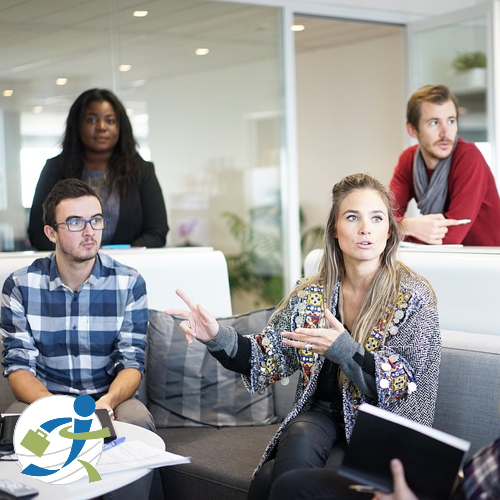 Working in a foreign country can be daunting. There are often a lot of unknowns that wouldn’t necessarily exist if you were accepting a job in your home country. Everything from the proper office attire, to addressing a superior, to understanding management styles, to business meeting etiquette can become a question. You want to begin a new job in a new country on the right foot, without missteps that could have been avoided with a little research. Here we try to sum up a few helpful hints for those embarking on a Canadian office adventure.

Business dealings in Canada are generally very similar to those in the United States, with a more formal business manner used in eastern Canada and a more casual manner in the western part of the country. It is important to note there also are regional differences in culture created by the sheer size of the country. For example, Alberta is generally considered to be more conservative than Ontario.

It is important to plan for inclement weather in Canada. Severe winters are not uncommon, and it is smart to prepare for snow, ice, and slush. Boots with good tread and insulation are a must, and a heavy coat is essential. You can bring a change of shoes to the office — or, keep a pair of dress shoes in your office at all times — so that you are not wearing your boots all day.
Management Styles

Management styles can vary widely in Canada. Most commonly, managers are informal and friendly, wishing to be seen as part of the team. The exception is in Quebec, where greater respect is shown to rank and hierarchy. Interpersonal and management skills are considered to be of vital importance to the Canadian manager. Managers are expected to be decisive, but an authoritarian or paternalistic style is not desirable. Growing competition in the Canadian job market has made credentials increasingly important.

The Canadian work environment tends to be collaborative. Many companies value teamwork, and individuals are expected to contribute ideas and opinions during meetings. In return, team members expect to be valued for their contributions to the team. Managers typically will consult subordinates and consider their input before making final decisions.
Business Practices: