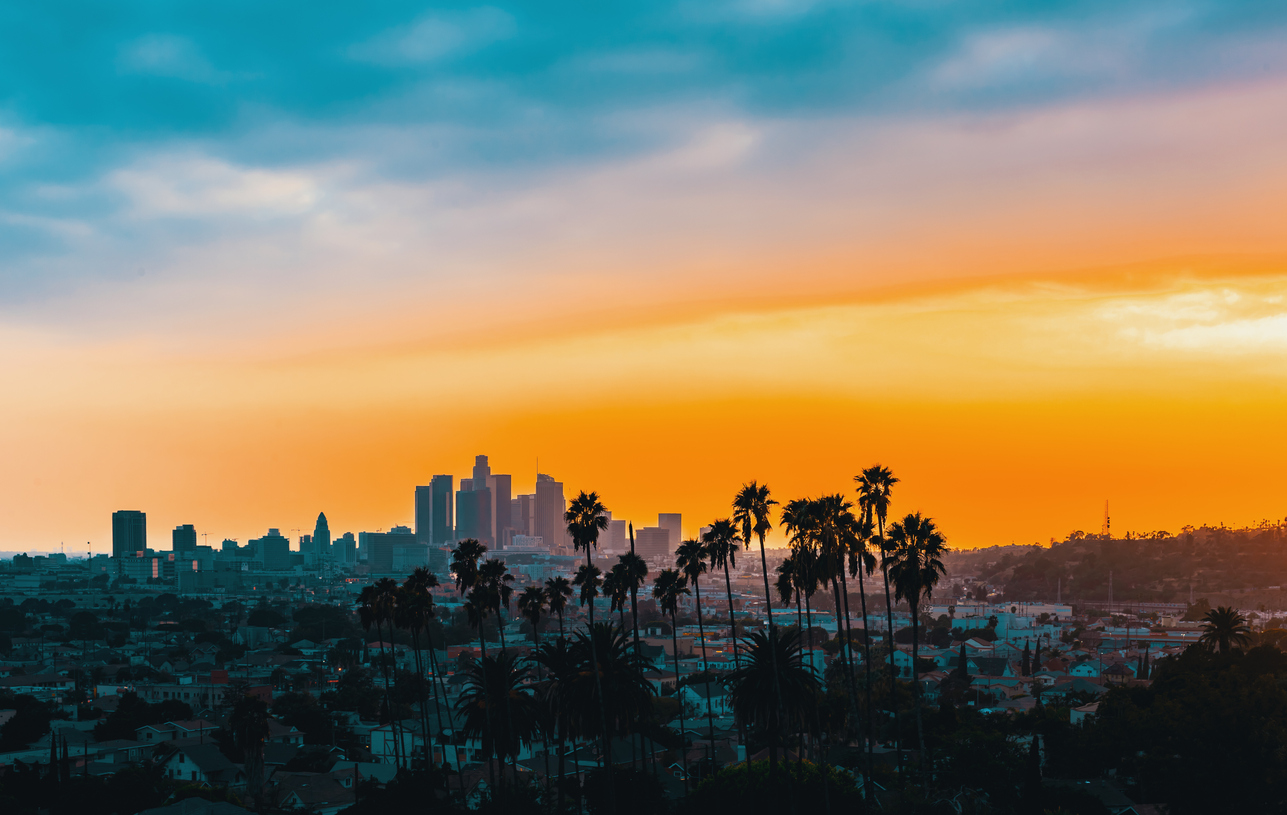 Expats coming to the United States are often drawn to California. The large, West Coast state offers a little bit of everything – from mountains and beaches, and snowfall and sunshine, to wildlife and wineries. Though there are many cities within California for expats to consider living, San Diego and San Francisco are consistently two of the most popular. Both abound with tourist attractions – from the world-class San Diego Zoo and the USS Midway Museum in San Diego to the Golden Gate Bridge and Alcatraz Island in San Francisco. These hot spots barely scratch the surface of things to do while living in these vibrant, culturally rich cities.

Any would-be expat hoping to reside in California, or anywhere else for that matter, knows that coming to live in a new country is far different from visiting for a short time as a tourist. You’ll have to earn a living. It is important to assess the job market before seriously contemplating any move. Are there jobs available in your field? Are your skills compatible with the available positions? Do the companies you are interested in hire expats? Can you afford to live there? We’ve broken down a lot of it, so you don’t have to. Here’s hoping this moves you closer to your California dream.

San Diego’s location on the West Coast and stable year-round climate made it a natural draw for the US Navy as a major port for the Pacific Fleet. In fact, San Diego’s economy once was primarily supported by a huge defense industry. While the Department of Defense continues to play a major role, the region’s economy has become more diverse, in part because of efforts begun by city leaders to broaden the economy in the 1980s.

San Diego is consistently included among the best places to live in the nation. This year, it ranked sixth in Money’s ‘Best Big Cities to Live in Right Now’ list for its livability, health, education, and economy and taxes.

Recently, San Diego was the only city in North America chosen to appear in National Geographic’s ‘Smart Cities’ series, featuring 18 cities around the globe. The city was chosen for, among other things, its livability, culture of innovation, smart planning, green practices and strong technology sector.

Today, San Diego’s tech sector is a major player in its economy. The city is home to more than 80 research institutions, both private and academic, that employ more than 46,500 workers in San Diego County. Other key sectors include:

The top employers in San Diego County are:

The majority of San Diego’s industries are comprised of small to medium-sized companies. Businesses with fewer than 50 employees make up 95% of all local companies and account for nearly half of the workforce.

San Diego County is the second-largest county by population in California and the fifth-largest county in the country. Over the past 12 months, the San Diego-Carlsbad Metropolitan Statistical Area added 27,000 non-farm jobs, for a year-over-year increase of 1.9%.

San Diego’s job market is expected to be active in the short term, according to the most recent Manpower Employment Outlook Survey. Of the local employers surveyed:

Those living in San Diego County not only make more money than elsewhere in the nation, but wages are rising faster, too. This year, incomes in San Diego were the fastest growing in the nation and rose by 5.4% to 76,207 USD annually.

The following are average hourly wages for some selected occupations in the San Diego metropolitan area:

For years, the San Francisco area’s economy has been thriving. Its worker productivity is twice the national average. The area produces more patents than anywhere else in the US and draws about 28% of the total venture capital in the nation.

San Francisco is the 13th-largest city in the US. The San Francisco metropolitan area includes the counties of San Francisco, San Mateo (known as the Peninsula), Marin (directly north of the Bay Bridge) and Alameda (the East Bay Region). Silicon Valley, the hub of the nation’s information technology industry, is located about an hour’s drive away in the San Jose metropolitan area.

Not surprisingly, the San Francisco region has one of the nation’s highest concentrations of high-tech, clean-tech and biotechnology firms. Other key sectors include:

There are 13 Fortune 500 companies based in the San Francisco metro region. However, many area businesses are much smaller, employing fewer than 50 people. In fact, the city is home to more than 85,000 small and start-up businesses.

The San Francisco metropolitan region, including the communities of Oakland and Fremont, has nearly 2.65 million workers in its labor force. The area’s unemployment rate is 2.5% – much lower than the 4.2% jobless rate statewide, and lower than its own 2.7% unemployment rate of a year ago.

San Francisco is currently the fourth-best city in the country to find a job, according to WalletHub.

The tech sector has been leading the area’s employment gains. In the San Francisco-San Mateo metro area, the sector grew by 4.3% over the past year.

The near-term employment outlook for the San Francisco-Oakland-Fremont region will be active, according to the most recent Manpower Employment Outlook Survey. Among area companies surveyed about their staffing plans for the coming quarter:

Job prospects appear best in construction, durable and non-durable goods manufacturing, transportation and utilities, financial activities, professional and business services, education and health services, and leisure and hospitality, and government. Employers in other services plan to reduce staff levels while hiring in wholesale and retail trade, and information is expected to remain unchanged.

San Francisco’s wages have increased by about 5% in the last year and nearly 22% since 2006. The average annual wage in the San Francisco-Oakland-Hayward metro area is 69,700 USD, though many residents make upwards of 100,000 USD annually.

The following are average hourly wages for some selected occupations in the San Francisco metropolitan area:

Tips on Finding a Job in a Foreign Country