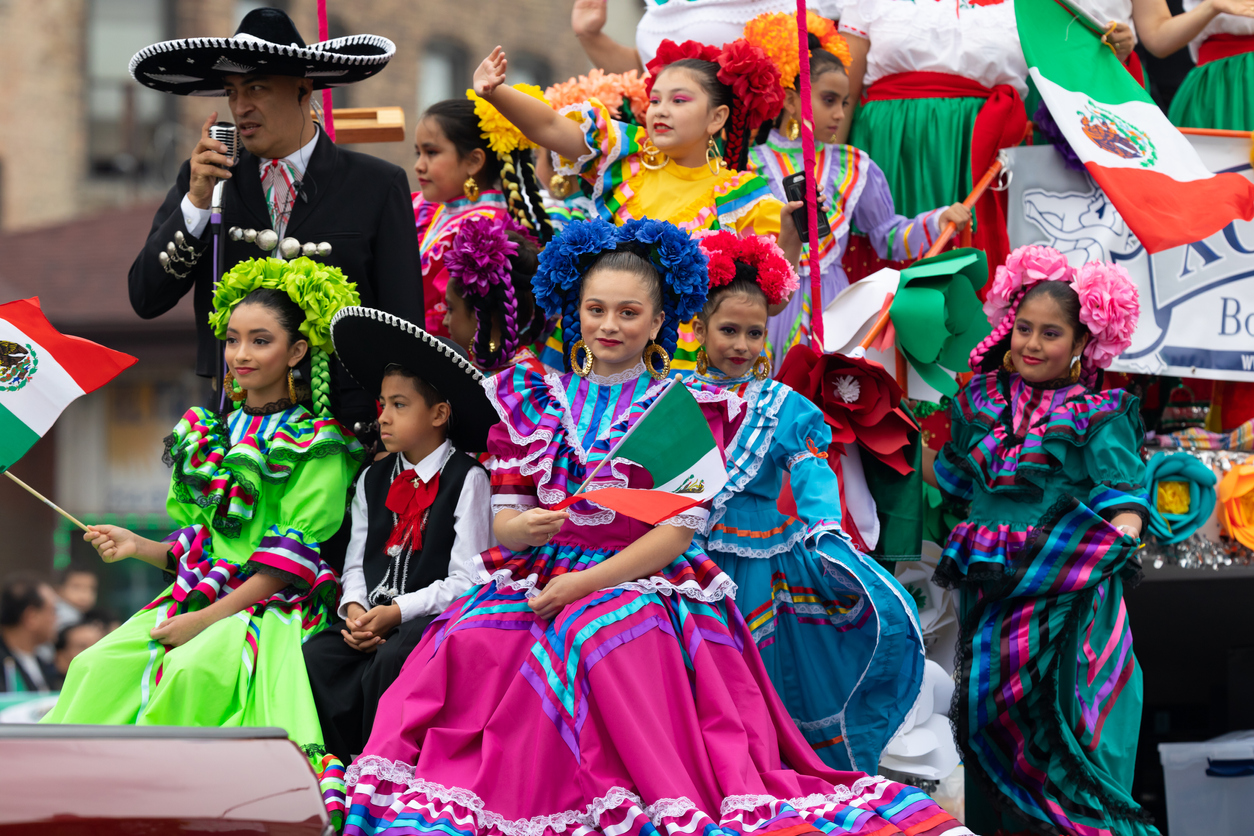 Mexico, with its rich, diverse culture, is among the most visited countries in the world. Reflecting a mix of Indigenous cultures and Spanish influence, the country has distinct regional customs, music, and crafts. Mexican gastronomy is another important and beloved aspect of its identity that is full of history and creativity. Mexicans are known for their kindness toward foreigners, cheerfulness, and love of family and celebrations. They are passionate about sharing their culture with others, and perhaps that is why the country consistently ranks as a favorite with tourists around the world.

Its People and Values

More than half of the population is characterized by its Amerindian-Spanish heritage, a convergence of European and ancient Mesoamerican cultures and traditions. Another 10% of Mexico’s population is indigenous. This mix brings a wide range of cultural expressions and interactions throughout the country, differing from region to region. This diversity of expression impacts both business and everyday activities.

Nearly 90% of the population is Roman Catholic. This is a family-oriented culture that leans toward the traditional and conservative. It is not uncommon to learn that a business has been in a family for more than three generations, or that children over the age of 26 still live with their parents. Extended family provides a sense of stability and is considered important. Generally, the needs of the family are more important than those of the individual.

People are typically are friendly and generous. When meeting clients of business partners, a gift, such as a bottle of tequila or a dinner invitation, will be extended. Personal life is important, and questions about spouses and children are routine. Inquiring about family is an excellent way to break the ice. Mexicans also will incorporate humor into many aspects of life; using humor is a good strategy when conducting business here. However, sarcasm is not appreciated.

In 2010, traditional Mexican food was declared an intangible cultural heritage of humanity by UNESCO. Mexican cuisine is the result of the combination of European and Pre-Hispanic ingredients that are used for many different meals, such as corn, beans, chili, herbs, green tomato, avocado, nopal, and agave. The nation has a large variety of typical plates; the principal meats that are eaten are chicken, beef, and pork, and, in the coastal areas, seafood is prepared in typical ways, such as cocktails, empanadas, toasts, and soups. Also, there are some insects that can be eaten, such as grasshoppers, maguey worms, Chicatana ants, and escamoles.

In Mexico City, you can find food from almost every region of the country. Some of the most famous plates are cochinita pibil, machaca, tlayudas, lechon, tamales, pozole, quesadillas, huitlacoche, sopes, and chile en nogada (from August to November), among others. Some typical Mexican fruits and vegetables are mamey, tuna, tejocote, avocado, black sapote, and jicama. Mexican candies, made of sugar, dried fruits, and chili, are a tourist favorite.

It is customary to eat three meals during the day; breakfast eaten between 7 and 10 am, lunch between 2 and 5 pm, and dinner, usually after 8 pm. Normally, breakfast is a larger meal than it is other countries, and varies by region. Some of these dishes may include chilaquiles, prepared eggs, tamales and quesadillas, among others. For lunch at a restaurant, the dish is usually a particular main plate. Dinner is usually the simplest dish of the day and could consist of sweet bread with tea or coffee, or reheated food. After parties, it is common to go out late for tacos.

The Mexican government has established a traffic light system to regulate the use of public spaces according to the risk of Covid-19 spread. Red light indicates people should stay home, and only essential activities are allowed. An orange light means non-essential activities and public spaces are open, but only at 30% capacity. When the light is yellow, all labor activities are permitted, as long as people and businesses operate taking care of vulnerable people and using all hygiene measures. When the light is green, people can go about normal activities and children can go to school. The light is updated in every region weekly.

Helpful Tips for the Tourist